The English publisher OLYMPIA PUBLISHERS contacted me some time ago to offer me to write a review about a poetry book about GEORGE MICHAEL.

I received it, read it and could interview its author an english "lovely" Victoria Rowe.

The title is eloquent and it speaks inevitably to all the fans of the artist: WE TOO HAVE DIED very strong words to express a great sorrow. Frederique : Victoria can you tell us more about you?
Victoria : i am a mental health nurse,I am a pretty quiet lady I don't go out partying I'd rather be at home, I am kept busy with 4 daughters and 3 grandchildren  I have always worked in the care industry particularly with the elderly for over 25 years .
Frederique : When did you write these poems and how long did it take ?
Victoria : I wrote the book starting from the night he died and within forty days I had almost completed it, I don't know where the words came from I felt almost compelled to write some of the poems, I placed them on the gm lovelie site and others and his fans were commenting saying how it helped their grief knowing that we all felt the same, I didn't set out to publish a book it was just how it happened but I am so glad that I did as his fans love it and feel it has helped them, that makes me happy,
Frederique : Why this "shocking " title ?
Victoria : the title came from the fact that it felt and still feels that we too have died that a part of us died when George did, Also everyone the script was sent for proof reading the we too have died poem was always on the front, ironic how its not the first poem in the book
Frederique : You are speaKing in George's lovelies name : have you got a message for them ?
Victoria : I really hope this book helps you all in the grieving process in knowing that you are not alone in how we have and still are grieving since our legend our icon left us.
PS : a part of the proceeds of the book is donated to a charity in those who benefited from the generosity of George Michael 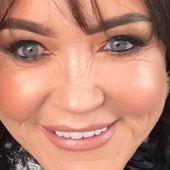 Victoria Rowe is a fan like us and she laid down on paper these forty poems her most personal feelings. This collection of poems was published for all those affected, shocked by the disappearance of George Michael and in tribute to the man and the artist he was.

His writing is simple and straightforward: for French readers, it's easily accessible. Some poems are addressed directly to George and reflect perfectly what we want to say to him as in "The Pain In Our Hearts" Words, ideas are recurrent in several texts but overall it is easy to be found in this story of a fan, from the beginning of his passion to the disappearance of his idol.

I was not receptive to "A message from Our George" who speaks on behalf of the artist because I can not conceive that someone can know or imagine what he had deep inside of him without knowing him, or "My arrival": believers may be more sensitive than me.

Victoria also speaks to George's sisters and to Nu the now "famous" governor of Goring: it also evokes her more personal pains, as did her favorite artist, through his beautiful songs.

Thank you Victoria and Olympia Publishers for sharing. We Too Have Died by Victoria Rowe - Olympia Publishers